They say bigger is better, and that assertion certainly applies to Myrtle Beach golf. For all the well-crafted holes on the Grand Strand’s 80-plus courses, there’s a handful of par 5s that stand out in the crowd.

A quality par 5 strikes both fear and faith in the hearts of golfers of all skill levels. The dangers that stand between the tee and the cup are tempered by the opportunity to score something in the bird species.

A birdie, an eagle, or even an elusive albatross? Good luck going low on these monstrous masterpieces during your Myrtle Beach golf vacation. Here’s a glance at our favorite par 5s on the Grand Strand golf scene:

There’s good reason this par 5 earned the nickname “Waterloo,” because many golfers have met their match on this scenic but scary hole. Measuring 640 yards from the tips, this double dogleg right eventually forms a 90 degree angle, which seems straight forward enough until you add the intimidating obstacle of Lake Singleton between the fairway and the green. The trick is knowing where to make the dangerous crossing, made even more hazardous by the ocean breeze that whips over the lake and can leave your shot woefully short or long. Look out for gators guarding the water’s edge and deep sand bunkers protecting the green. Back when The Dunes Club was home of the Senior PGA Tour Championship in the late 1990s, the legendary Lee Trevino jokingly suggested leveling the hole and building condos. Perhaps course designer Robert Trent Jones said it best, calling Waterloo “a tough par but an easy bogey.” Kenny Rogers may have sang the popular song “The Gambler,” but Arnold Palmer designed golf’s version of the classic tune, and it’s a hit among golfers in Myrtle Beach. No. 6 measures only 525 yards from the tips, but the layout presents golfers with a real risk/reward opportunity. Players must decide between one of two routes off the tee: play it conservative and go the long way around the water, or take advantage of an island fairway and a chance to reach the green in two shots. A safe landing leaves you about 150 to 200 yards from hole, but there are more hazards in play in your approach shot, including front-side water and back-side bunkers. The Gambler gives golfers a fair chance to post a red number but also holds hidden hazards that can result in a round-busting bogey. 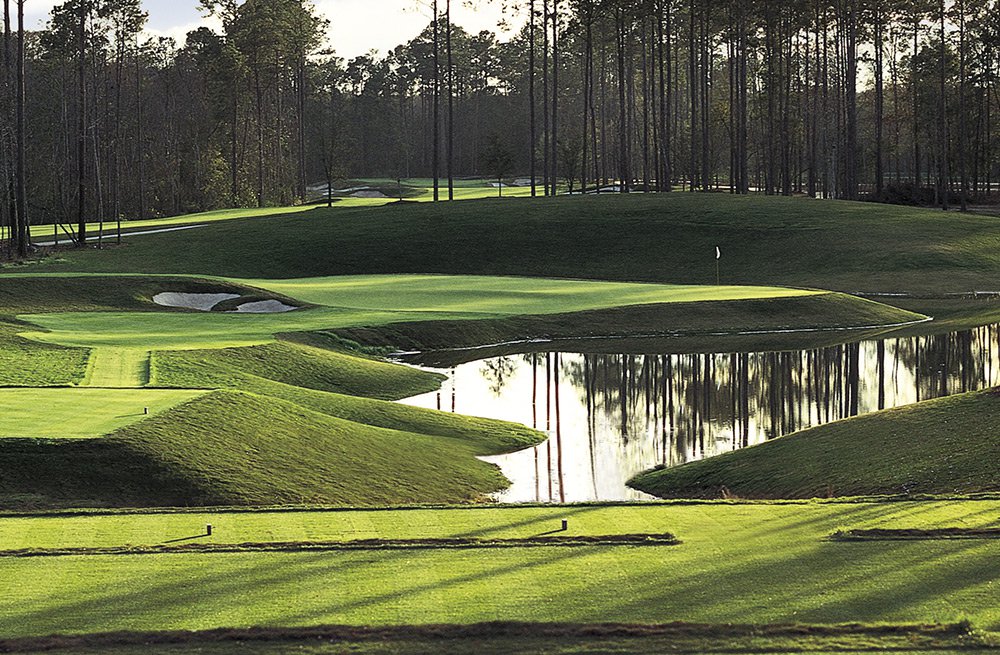 This finishing hole can mark the end of your round in more ways than one if you are not careful. Playing 573 yards from the tips, No. 18 looks fairly straight forward, but looks can be decieving. There are two sets of narrow fairways that can set up or screw up your next shot depending on your placement. The plan to play it safe in the middle is tempting but can be your undoing as you approach an elevated green protected by water on the left and yawning bunkers on the right. This hole plays right up to the charming white clubhouse, which comes in handy for golfers looking to recover on the 19th hole. Here’s a bonus hole since this beast also offers a bonus stroke. The Grand Strand’s only par 6 is so long that golfers tee off in South Carolina and hole out in North Carolina. Measuring 767 yards from the types, this monster requires lots of muscle and some finesse to make or break par. It all ends with a water-wrapped green and a couple of cold ones at the 19th hole to recover.

There are plenty of par 5s on the Grand Strand that give golfers a chance to grip it and rip it, but the best ones also require some strategy to put up a red number. Play some of these challenging holes during your next Myrtle Beach golf getaway and discover why bigger really is better. 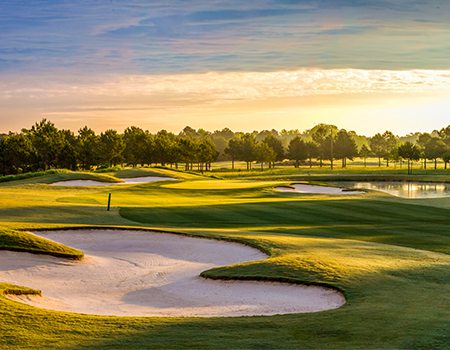 Calabash, N.C., is known nationwide for its style of seafood, but also for th... 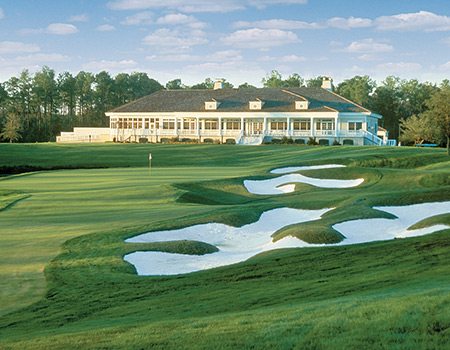 The Tournament Players Club of Myrtle Beach allows golfers, regardless of han... 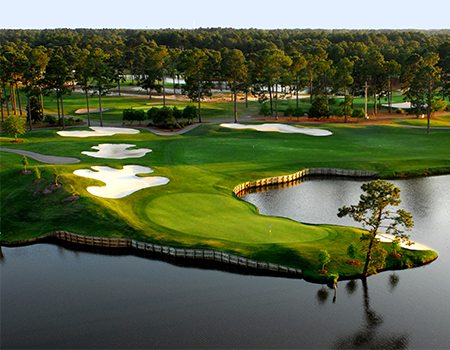 Golf where golf is king – at King’s North course at Myrtle Beac... 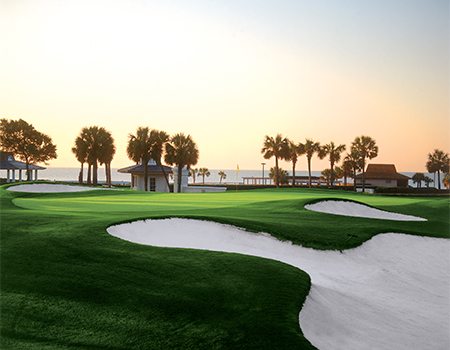 The Dunes Golf and Beach Club in Myrtle Beach is not only rated as the No. 1 ...