The Dustin Johnson World Junior Golf Championship, affectionately known as “The DJ,” will be held at the award-winning TPC of Myrtle Beach on Feb. 23-25. The third annual event will feature many of the best junior golfers in the U.S. and world, as well as a strong contingent from the Carolinas, vying for the victory in the 54-hole tournament.

The field currently includes 20 American juniors ranked in the top 100, 13 boys and seven girls, according to either the ratings by Golfweek or the Junior Golf Scoreboard. Participating players hail from 22 different states, as well as Canada and New Zealand. A qualifier, scheduled for Feb. 10 at Wild Wing Avocet, will set the final field.

Many of those names will undoubtedly join Johnson on the PGA Tour someday, something the South Carolina native has wanted to help other achieve after his own rise through the ranks. Somewhat overlooked coming out of high school, Johnson played collegiately at his in-state school, Coastal Carolina University, putting the program on the map as a two-time All-American and by leading the Chanticleers to its first NCAA Championship tournament appearance.

Johnson still calls Myrtle Beach home and has gone the distance to help spread the word about the Golf Capital of the World. In addition to hosting his junior golf tournament in his adopted hometown, Johnson also opened his own golf school on the Grand Strand. The Dustin Johnson Golf School is operated by his former college coach, Allen Terrell. The Dustin Johnson Foundation is DJ’s pet project to promote junior golf and provide more opportunities for young golfers to reach their goals.

The DJ World Junior is the most prominent path provided by the world’s top-ranked golfer, giving youngsters a vehicle to compete at the top level and earn exposure to major college programs. The Feb. 10 qualifier provides up to 84 golfers the chance to earn a spot in the final field on the golf course. The top three boys and girls from the qualifier will win a spot in the main event, and the rest will be in line to fill an alternate spots that might come available.

The DJ World Junior is particularly helpful to players from Johnson’s backyard. This year’s tournament will feature nine of the top 10-ranked boys from the state of South Carolina, as well as seven of the top 10-ranked boys from North Carolina. Half of the top-10 ranked girls from both Carolinas are also in the field. The Grand Strand is also well represented, with two-time SCHSL girls state champion Smith Knaffle and defending SCHSL boys state champion Holden Grigg set to make a big splash on the national scene.

Johnson’s tournament is his latest effort to provide young golfers with the same opportunities to reach the top of the game by following in his footsteps. After enjoying a successful college career at CCU, Johnson turned pro in 2007 and almost immediately began turning heads. He has at least one win every year on tour since 2008, but his big breakthrough came with his first major victory at the 2016 U.S. Open. That win vaulted him atop the World Golf Rankings, and he backed it up with a career-best four wins in 2017. He’s already off to a hot start by winning the Sentry Champions of Golf title in January, and he still takes time out of his hectic schedule to host The DJ World Junior, which he hopes to attend again in 2018.

The Tournament Players Club of Myrtle Beach allows golfers, regardless of han... 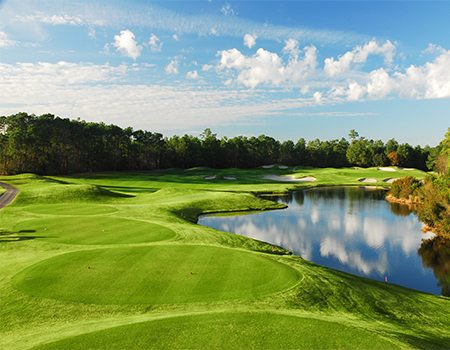 The Avocet Course at Wild Wing Plantation in Myrtle Beach is an 18-hole maste...