That’s right, the “Granddaddy” is not only the first of more than 80 courses in the major golf destination of Myrtle Beach, it also served as the birthplace of the biggest brand in sports journalism. Both grew from their Pine Lakes roots into popular entities, with the Grand Strand hosting 3 million rounds annually and SI boasting a worldwide circulation of over 2 million.

The unlikely, parallel partnership between the local golf industry and the sports magazine dates back nearly a century, when Myrtle Beach was just starting to dip its toes in the Atlantic Ocean waters as a vacation destination. The defunct Ocean Forest Hotel was the first of its kind to attract affluent visitors, and Pine Lakes opened as the Ocean Forest Country Club in 1927.

As Pine Lakes became a stand-alone golf course and Myrtle Beach began to market itself as a retreat for our neighbors to the north, word spread quickly about the quaint Carolina getaway. In fact, the news even spread to publishing magnate Henry Luce, late owner of Time Life Inc., who sent 67 executives and writers to Pine Lakes to come up with a game plan for a sports magazine.

Arriving at the Myrtle Beach Train Depot in 1954 (old black and white photos captured the moment and are still on display today), the Time team made its way to Pine Lakes to play golf, enjoy the beach and hold meetings in the clubhouse to map out the vision for SI. The post-war baby boom created a niche for a generation of readers with an increased interest in sports and leisure.

The result paid dividends for both Time Inc. and Myrtle Beach golf. The first issue of Sports Illustrated hit newsstands on Aug. 16, 1954 and quickly became the foremost authority on sports. The Pine Lakes experience also sent dozens of writers, editors and executives back to New York with tales of a golf paradise on the South Carolina coast, and the Myrtle Beach golf boom began.

In addition to Pine Lakes, The nearby Dunes Golf & Beach Club in Myrtle Beach were the lone links on the Grand Strand. The Surf Club in North Myrtle Beach opened in 1960, followed by a rapid-fire succession of new courses along the 60-mile stretch of Carolina coastline. What started as the first “golf package” to Myrtle Beach proved to be a pivotal moment for both parties.

The rest is history, and much of it is preserved at the place where it all started for Sports Illustrated and the Myrtle Beach golf industry at Pine Lakes. The antebellum-style clubhouse is home to the Myrtle Beach Golf Hall of Fame, which enshrines those who helped develop the golf destination, as well as historic markers paying tribute to the birthplace of the magazine.

A display case features the first copy of SI that was sent to Pine Lakes as a thank-you gift, as well as other memorabilia from the meetings. A plaque outside the clubhouse pays tribute to Pine Lakes’ role in the launch of the magazine, which named Myrtle Beach the No. 1 sports town in South Carolina as part of its 50th anniversary celebration in 2004.

Golfers visiting the Grand Strand can play Pine Lakes and take home a history lesson in the foundations of SI and Myrtle Beach golf. Play the other great courses that came after the Granddaddy and earned Myrtle Beach the moniker GolfTown USA. Book your tee times and accommodations for a fall golf getaway to the home of two of the biggest names in golf and sports. 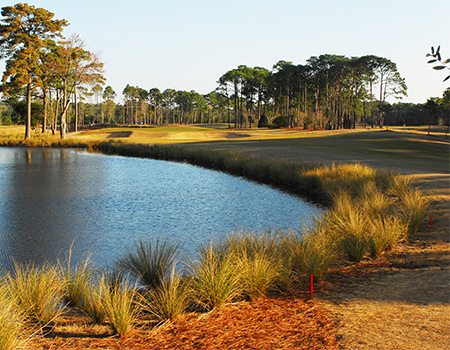 Myrtlewood Golf Club's PineHills Course in Myrtle Beach, one of the Grand Str... 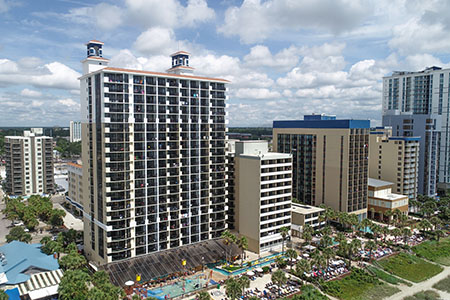 The Breakers Resort has been a 70-year tradition in Myrtle Beach, S.C., prese... 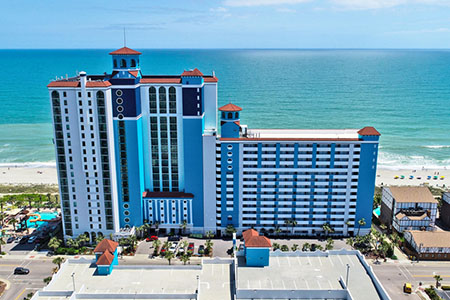 At The Caribbean Resort & Villas, a coastal landmark for the past 40 years, ... 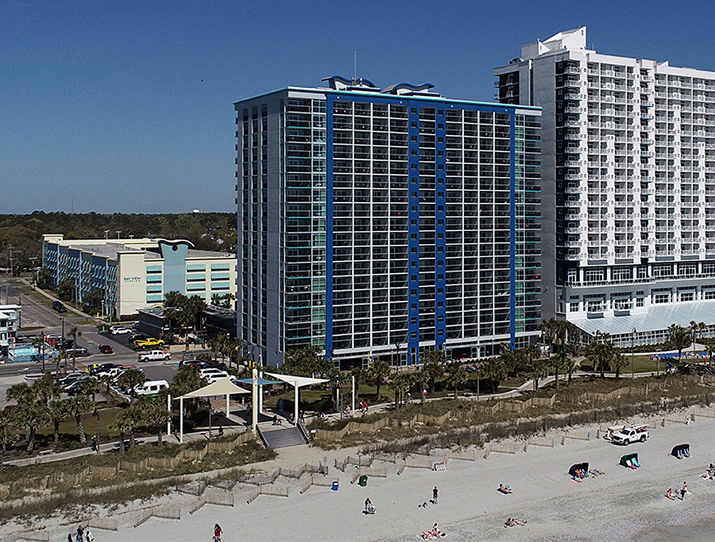 Breathtaking views inside and out, at the Bay View Resort in Myrtle Beach, SC... 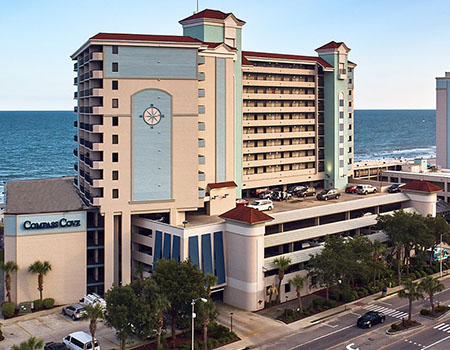 You'll want to get lost at Compass Cove Resort® in Myrtle Beach. It's a heav...